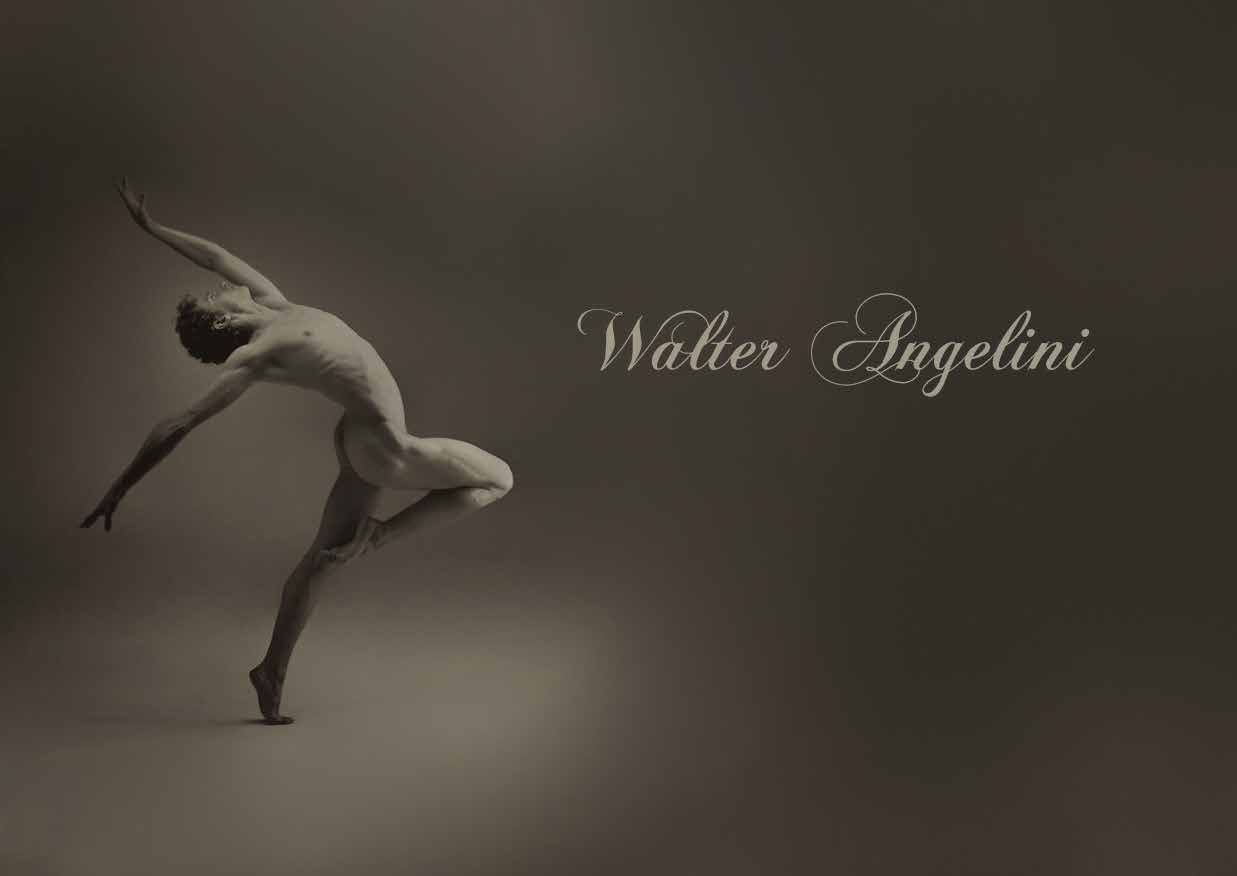 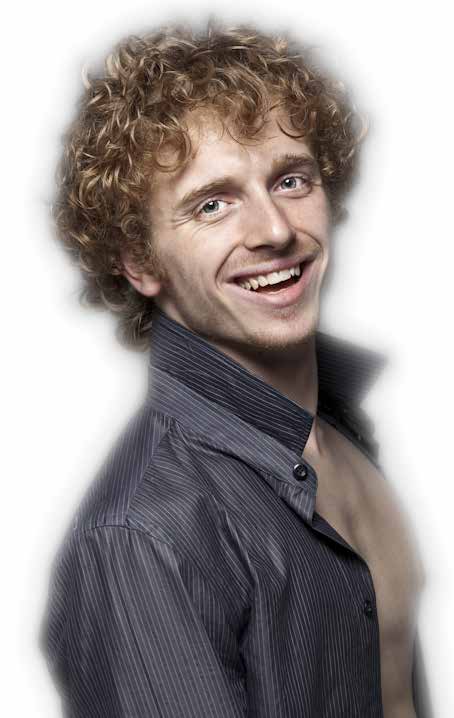 Walter Angelini is born in a small village in the heart of the Brian- za region of northern Italy on 1st July 1991. He has a happy childhood surrounded by friends and family, and spends much of his time trekking, playing tennis, swimming and attending the local football school. At just six years old, he expresses the wish to attend a dance school. And so his artistic journey starts in a small school, where he first ta-kes up modern dance but, given his inclination and physical attributes, his teacher points him towards ballet. In 2001, at 11 years old, he passes the selection process for the Accademia Del Teatro Alla Scala Di Milano with flying colours. He starts the first year of the eight-year course, embarking on a life full of new experiences, but also involving big and continuous sacri-fices in order to carry out the double commitment of dance and school. He works with the best teachers, including Loretta Alexan-drescu, Leonid Nikonov, Tatiana Nikonova, Vera Karpenko, Paolo Podini, Emanuela Tagliavia; under the direction of Anna Maria Prina until 2006, and then Frédéric Olivieri. He takes part in all the school’s annual shows, including Coppelia, Paquita, Class Ballet staged by Asaf Messerer, Serenade staged by Patricia Neary and Raymonda, Sym-phony in D staged by Arlette Van Boven. He also takes part in various productions at Teatro Alla Scala including, Nutcraker, Gala Nureyef, International Gala, Pipistrello, Don Quixote and Vedova Allegra. Furthermore, in the summers he attends various summer intensives, including the Royal Ballet of London, Rosella Hightower’s school in Cannes and the Alicia Alonso course in Madrid. 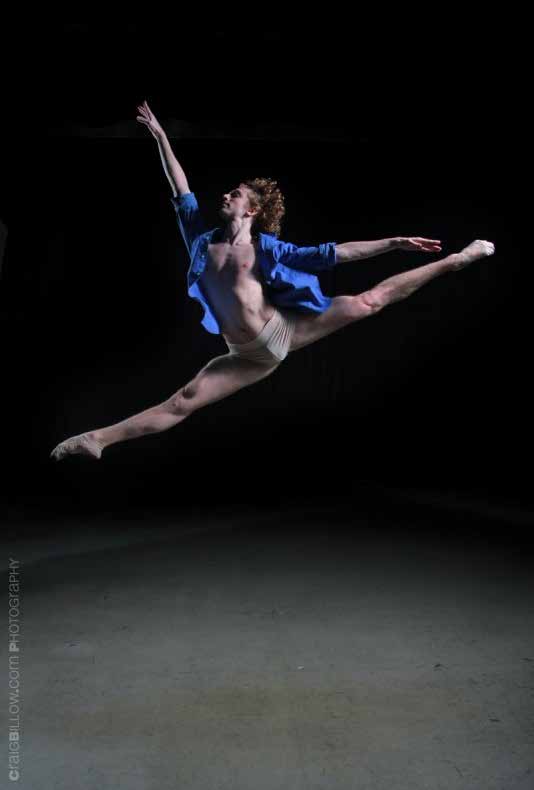 At 17 years of age, after attending the American Ballet Theatre Summer Intensive, he wins a scholarship for the Jacqueline Kennedy Onassis School at American Ballet Theatre; and so he moves to New York, where he attends the last academic year, under the direction of Franco de Vita and he graduates in May 2010. He has the pleasu-re of studying with Kevin McKenzie, Harriet Clark, Olga Dvorovenko, Martine van Hamel, Susan Jaffe, Jessica Lang, Kate Lydon, Raymond Lukens, Clarice Marshall and Lupe Serrano. He performs in the show Napoli, in a soloist role; and in Oblivion, choreographed by Jessica Lang. He signs a contract for the 2010-2011 season with Boston Ballet, before even graduating, but due to the lengthy visa application pro-cess he is not able to honour it. During this season Walter doesn’t lose heart and is noted by Mae-stro Michele Villanova during one of his workshops and later dances his choreographies at the Teatro Municipale Di Piacenza. He collabo-rates with numerous Italian academies including Arte e Spettacolo, in Lesmo, Spazio Novecento in Gallarate, and in Milan he has the oppor-tunity of meeting Maestro Walter Venditti at the company Complesso Ambrosiano. For the 2011-2012 season various companies in various countries including London, South Carolina, New Jersey and New York, are in-terested in him. He signed a contract with “Atlantic City Ballet” under the direction of Phyllis Papa ballerina dell’American Ballet Theatre. The season lead him to perform a large part of the classical repertoi-re including “Dracula”, “The Nutcracker”, “The Sorcerer’s Apprentice” and the contemporary choreography of the director Phyllis Papa “Eclipse” and “Drums”.
In November 2011 he gives a Thanksgiving Day performance (live on ABC channel 6) together with his partner Ines Albertini at the presti-gious Philadelphia Art Museum, with a pas de deux choreographed by Phyllis Papa, with the tenor Nathan Pacheco. 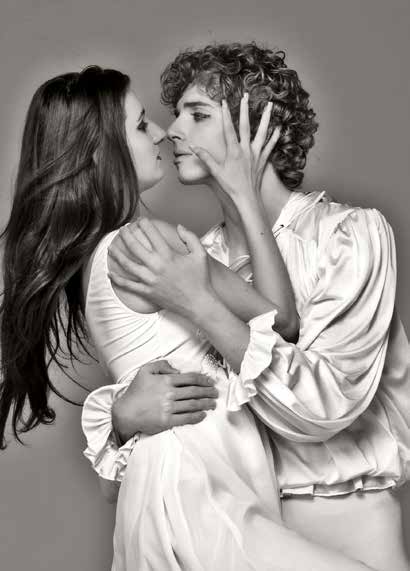 In December 2011 he dances a tango and a piece choreographed by Michele Villanova with his partner, Ines Albertini in the charity show “Accendi una stella per il tuo natale 2011” at “Teatro Municipale di Piacenza - Italy”. Various leading figures are invited, including the thea-tre actors Mino Manni and Silvia Siravo and the Italian singer Povia. On 19 Agosto 2012 Walter Angelini and him partner are invited by the lyrical singer Andre Bocelli to dance during the “Vivere AmanDo” event organized by him in favour of the ARPA e M.E.V.V (volunteer doc-tors of medici volontari Versilia) association. They exhibited in a Tango by Astor Piazzolla and a special remake of Romeo and Juliet to music by Nino Rota from Franco Zeffirelli’s film all played live by Bocelli’s pianist Giuseppe Santucci.
Pianists Giuseppe Santucci, Amos e Matteo Bocelli, soprano Paola Sanguinetti, trombonist Andrea Toffanelli accompagnied by the pianist Riccardo Arrighini, bow stringed instruments of the Puccini festival foundation and presenter laria Della Bidia participate in the event.
Numerous international political figures and celebrities from the show world are present, among which the Italian actor Giorgio Panariello and the singer Renato Zero.
For the 2012-2013 season he was chosen by the Russian Pasha Kambalov, who trained and worked at the Mariinsky theatre, Saint Petersburg, to join the company of the “First State Ballet Theatre” of Wilmington, Delaware. The season has already called him to inter-pret classical repertoire ballets Walpurgis Night, Sleeping Beauty, Nutckraker and three different galas in which Walter performed in Don Quixote Pas, in Paquita variation and Flames of Paris (with Ines Albertini), he also danced the contemporary choreography of “Muckin’ About” and “Nonsense in the Sense of Innocence” (choreographed by Viktor Plotnikov) and “Irene”.

Health Questions on the Job: FAQ Q: I’ve applied for a new job and I have to take a drug test. The drug test form asks if I take any medication. What do I do? A: If you are taking any medication that may show a false positive on a drug test (for example, Sustiva or Marinol) you should be sure to list it on the form. Usually the test is performed not by your employer, but by an outsid