Elective Report
Wendy Slee
03/09/07-28/09/07
Lady Willingdon Hospital,
Manali, India
07-21/10/07
World Medical Fund,
Malawi, Africa
Title of project: A comparison of the issues surrounding childbirth and care of the newborn between a
hospital in North India and a mobile clinic in South Africa and how these issues are addressed in the Aim of Project: To compare the issues surrounding childbirth and care of the newborn between a
hospital in North India and a mobile clinic in South Africa. Objectives of Project:
1. To observe the approaches to maternal and child healthcare in these cultures. 2. To learn how access to healthcare influences the care of patients in these two 3. To compare the delivery of healthcare in peripheral out-reach clinics in Africa, to 4. To learn about the diagnosis and management of maternal infections and the 5. To improve my communication and clinical skills within these different cultural Lady Willidgdon Hospital, Manali, India
The first month of my elective was spend in a small community in the foothills of the Himalayas, called Manali. Manali is a small town at the northern end of the Kullu valley, set at an altitude of over 6,500 feet. The hospital which I spent time in was called Lady Willingdon Hospital (LWH). This is a charitable institution, serving people of the Kullu valley as well as those from surrounding regions. The hospital provides primary and secondary level medical and surgical care to this population. It has 45 beds, roughly separated into the main specialities, surgery, medicine, paediatrics and obstetrics- The routine in LWH
Each day, ward rounds started at 7am. This involved joining the doctor, who had been on call the previous evening, visiting all of the wards in the hospital. This took between 2-3 hours, depending on how many new patients had arrived. The main aim of the round was to discharge patients, as each patient was required to pay a relatively large amount of money to stay for on the ward and so were limited to the amount of time that they were able to afford. In outpatients people would already be forming a queue outside the door to see a doctor whilst the ward round was continuing. In a morning we could easily see between 30-50 patients of all ages in the OPD. I was exposed to a huge variety of pathologies- in particular, those end-stage symptoms of weird and wonderful diseases which I had only previously learnt from textbooks for exams! Although the majority involved conditions related to TB. All of the doctors shared the same large consulting room and sat behind one of 5 desks. The patients either qued up outside the door, sat in the waiting room, or sat on one of the long benches in front of the doctors, if they were close enough to the head of the line. One of the visiting doctors would run gynae consultations at one end of the room, and was privileged enough to have a “private” examination room next to her, consisting of a bench, set high, on which the patient could lie with various speculums soaked 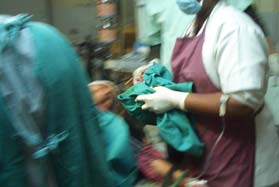 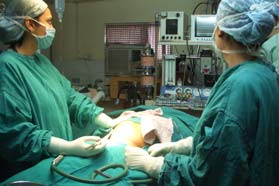 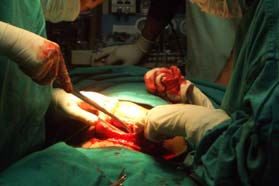 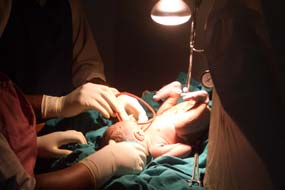 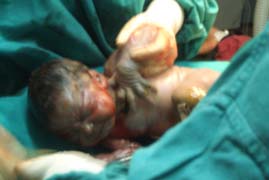 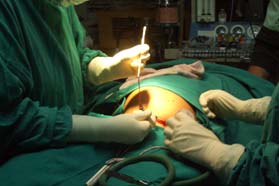 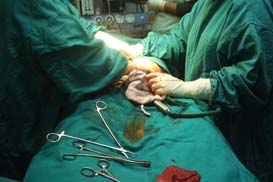 in disinfectant next to it. Privacy was hard to find. All the gloves used in the examinations were socked in chlorine, washed, dried outside and then reused. Gloves are expensive for patients. On Tuesdays and Thursdays it was theatre day. This consisted of operations which had been listed in outpatients during the previous week (waiting lists were unheard of!) and usually included at least one c-section. All of the operations were carried out under spinal anaesthetic as the anaesthetists were not trained to give general anaesthetics. This turned out to be quite a problem during the longer operations, particularly hysterectomies, when the patient would often be in a lot of pain towards the end of the procedure, with copious amounts of diazepam on board. It certainly reduced the operating times and made my heart sink when it came to suturing the patient at the end of the operation! One of the c-sections. The indication for this c-section was deteriorating pre-eclampsia in the mother: Nurse showing mum the sex of her child- a baby girl 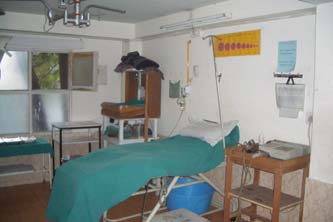 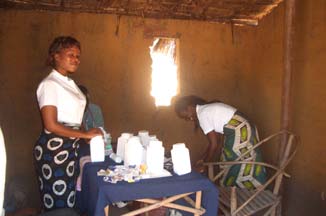 HP Honors Channel Partners for ―Partner in Excel ence‖ LAS VEGAS, April 28, 2010 – HP today honored channel partners who have demonstrated outstanding performance and philanthropic contributions to society in 19 different categories with the company’s first ever Partner in Excellence Awards HP executives took the stage to present the awards to the company’s most prestigious and valu