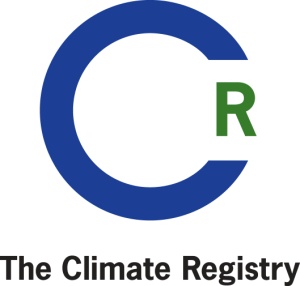 FOR IMMEDIATE RELEASE
Exelon Joins The Climate Registry to Provide Accurate
Measurement and Transparent Reporting of Emissions
Utility has eliminated more than half its annual carbon footprint under Exelon 2020 strategy
CHICAGO (June 22, 2011) – As part of its commitment to accurately report its emissions and
further reduce its carbon footprint, Exelon Corporation has joined The Climate Registry, the leading
voluntary greenhouse gas (GHG) registry in North America.
“Exelon is demonstrating true environmental leadership by committing to continue reporting its
carbon emissions in a public, transparent and credible way,” said Denise Sheehan, executive director
of The Climate Registry. “Measuring your emissions is a critical step to managing them and fostering
new ways to reduce your carbon footprint – and your impact on the planet.”
The Climate Registry is an independent nonprofit organization that sets consistent standards for the
measurement, verification and reporting of companies’ GHG emissions. It is governed by 41 U.S.
states and Washington, D.C., Canadian provinces, Mexican states and Native Sovereign Nations.
Exelon is joining The Climate Registry in support of Exelon 2020, the company’s business and
environmental strategy to reduce 15.7 million tonnes of GHG emissions – the equivalent of Exelon’s
2001 carbon footprint – annually by 2020. Exelon, the least carbon-intensive large U.S. electric
utility, is already more than halfway to its goal. The strategy includes retiring older, uneconomic coal
plants; providing energy-efficiency programs to customers; and expanding capacity at Exelon’s
existing nuclear plants through uprates.
“In the transition to a clean energy future, companies must ensure transparency in how we calculate
and report our emissions and must do so in accordance with the most rigorous standards,” said John
W. Rowe, chairman and CEO of Exelon. “In keeping with our Exelon 2020 strategy, Exelon will
continue our work to reduce, offset and displace emissions and advocate for an affordable approach
to ensuring clean, reliable and secure power for all Americans.”
As a basic member, Exelon will submit its 2010 GHG emissions inventory to The Climate Registry
in 2011. Starting in 2012, Exelon’s 2011 inventory will undergo annual third-party verification under
The Climate Registry’s General Reporting Protocol.
Exelon previously participated in EPA’s Climate Leaders GHG reporting program, which EPA is phasing down. Under that program, Exelon reduced its annual GHG emissions by 38 percent from its 2001 baseline as of 2008.
About Exelon
Exelon Corporation is one of the nation’s largest electric utilities with more than $18 billion in
annual revenues. The company has one of the industry’s largest portfolios of electricity generation
capacity, with a nationwide reach and strong positions in the Midwest and Mid-Atlantic. Exelon
distributes electricity to approximately 5.4 million customers in northern Illinois and southeastern
Pennsylvania and natural gas to approximately 490,000 customers in the Philadelphia area. Exelon
is headquartered in Chicago and trades on the NYSE under the ticker EXC. Learn more online:
www.exeloncorp.com.

www.ebankingbutsecure.ch Checklist Facebook Settings Facebook offers a multitude of configuration options. It’s not always easy to keep track of all the various set- tings offered and to select the best settings for your purposes. Our checklist is meant to assist you to protect your account and all your published information in the best possible way. We have tried to draw up as