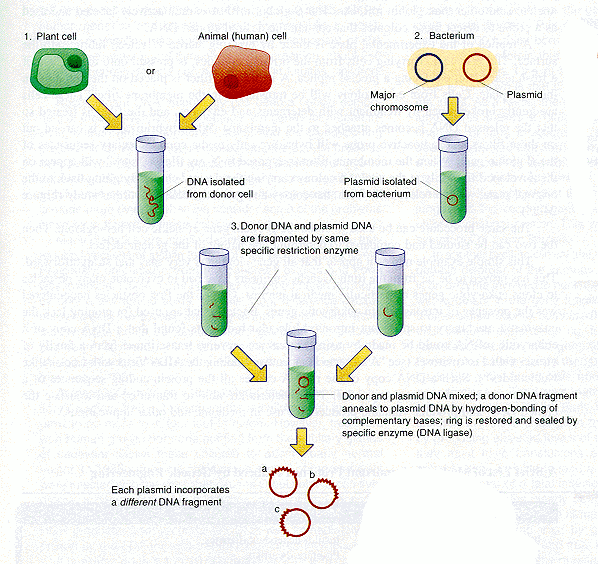 For those that downloaded the notes – a reward! Paste the flowchart in your
notebook. However, please read, study and understand the procedure.
Lecture Notes
Genetic Engineering
• Bacteria contain genes that make digestive enzymes to breakdown arabinose for food. When arabinose is present the genes are turned on and turned off when the arabinose runs out. • The pGLO DNA you are using today has been genetically engineered where some of the genes involved in the breakdown of arabinose has been replaced with by the jellyfish gene which codes for the Green Fluorescent Protein (GFP). • PGLO plasmid contains the GFP gene and also the gene for beta-lactamase, which provides resistance to the antibiotic ampicillin. 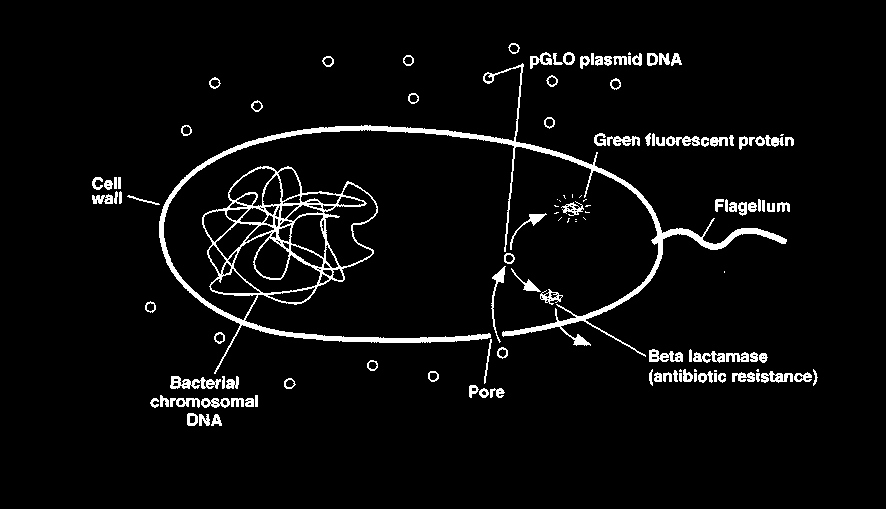 • Genetic transformation involves the insertion of some new DNA into the E. coli cells. In addition to one large chromosome, bacteria often contain one or more small circular pieces of DNA called plasmids. • Plasmid DNA usually contains genes for more than one trait. Genetic engineering involves inserting genes coding for new traits into a plasmid. • In this experiment, the pGLO plasmid carries the gene (GFP) which produces the green fluorescent protein and a gene (bid) that codes for a protein that gives the
bacteria resistance to an antibiotic. The genetically engineered plasmid can then be
used to genetically transform bacteria to give them this new trait(s).
Selecting for the Transformed Bacteria
• Transformation is not very efficient. Most of the cells in the transformation liquid will not take up the genetically engineered plasmid. • To select for the bacteria that were tranformed, the bacteria is plated on an agar medium containing ampicillin. The transformed bacteria produce the enzyme, beta-lactamase, which inactivates the ampicillin. • Only the transformed bacteria that contained the engineered, pGLO plasmid will Experiment
• This transformation procedure involves three main steps. These steps are intended to introduce the plasmid DNA into the E. coli cells and provide an environment for the cells to express their newly acquired genes. • To move the plasmid DNA, pGLO, through the cell membrane you will: 1. Use a transformation solution of CaCl2 (calcium chloride). The Transformation Solution (50mM CaCl2, pH 7.4) neutralizes the repulsive negative charges of the phosphate backbone of DNA and the phospholipids of the cell membrane allowing the DNA to pass through the cell wall and enter the cells. 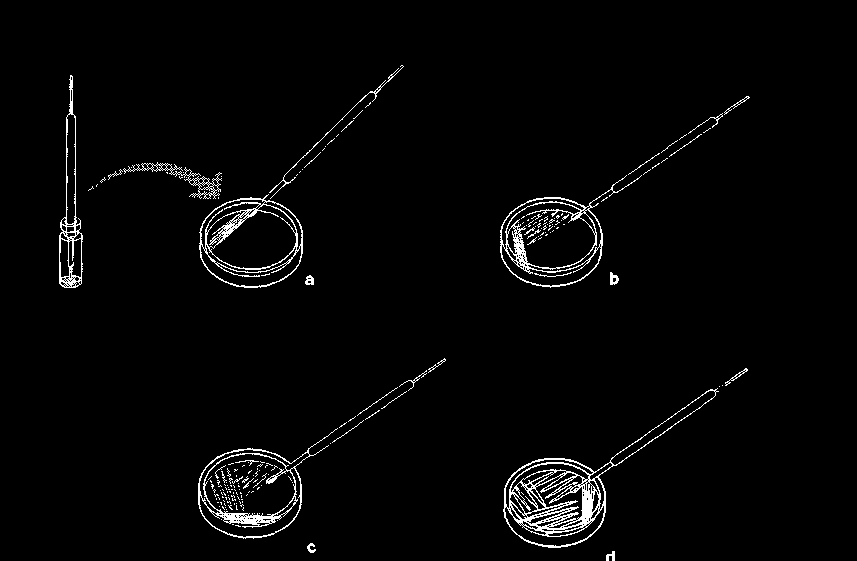 2. Carry out a procedure referred to as heat shock. The heat shock increases the permeability of the cell membrane to DNA. Though the mechanism is unknown, the time of the heat shock is critical. 3. For transformed cells to grow in the presence of ampicillin, the cells require nutrients and a short incubation period to begin expressing their newly acquired genes. The 10 minute incubation following the addition of the LB broth allows the cells to grow and express the ampicillin resistance protein, beta-lactamase, so that the transformed cells survive the subsequent ampicillin selection plate. Techniques Sterile Technique • When working with the inoculation loops, pipetters, and agar plates, the round circle at the end of the loop, the tip of the pipetter, and the surface of the agar plate should not be touched or placed onto contaminating surfaces. • Volume measurement with a graduated dropper pipette

The + DNA tube has pGLO DNA while the –DNA does not have pGLO DNA added. Procedure Flow Chart