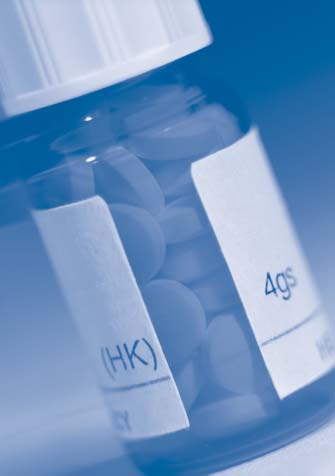 Did you know…
• Many types of medication
Taking these medicines while drinking can make you even more drowsy, dizzy, and light-headed. Interactions:
You may have trouble con­
centrating or performing
mechanical skills. Mixing
Mixing Alcohol
alcohol with certain medi­
cines makes it dangerous
for you to drive. Combining alcohol with some
with Medicines
medicines can lead to falls and serious injuries, especially among older people. • Some medications, including many popular painkillers and cough, cold, and allergy remedies, contain more than one ingredient that can react with alcohol. Read the label on your medication bottle to find out exactly what ingredients it contains. • Certain medicines contain up to 10 percent alcohol. Cough syrup and laxatives have some of the highest • Women and older people are at higher risk for harmful DROWSINESS.
• Alcohol and medicines can interact harmfully even if Remember.
Mixing alcohol and a medication puts you at risk for dangerous reactions. Protect yourself by avoiding alcohol if you are taking a medication and don’t know its effect. To learn more about a medicine and whether it will interact with alcohol, talk to your pharmacist or health National Institute on Alcohol
Abuse and Alcoholism
Symptoms/
Some possible reactions
Disorders
Common medications and selected brand names
with alcohol
DROWSINESS.
ALCOHOL when operating a car
Xanax® (alprazolam); Klonopin® (clonazepam); Valium® (diazepam); Ativan® (lorazepam) Occasional drinking may lead to internal bleeding; heavier drinking ing in possible blood clots, strokes, or heart attacks medicines you’ve taken. The danger is real. Mixing Benadryl® (diphenhydramine); Tylenol® Cold and Flu alcohol with certain medications can cause nausea (chlorpheniramine); Robitussin A-C® (codeine) and vomiting; headaches; drowsiness; fainting; Elavil® (amitriptyline); Anafranil® (clomipramine); Norpramin® loss of coordination; and can put you at risk for (desipramine); Serzone® (nefazodone); Desyrel® (trazodone) internal bleeding, heart problems, and difficulties Micronase® (glyburide); Glucophage® (metformin); in breathing. Alcohol also can decrease the effective­ in blood pressure; convulsions, coma, death ness of a medication or make it totally ineffective. Tagamet® (cimetidine); Axid® (nizatidine); Zantac® (ranitidine); Reglan® (metoclopramide) chased “over-the-counter” without a prescription, including herbal remedies and others you may Grisactin® (griseofulvin); Flagyl® (metronidazole); Macrodantin® (nitrofurantoin); Septra® (sulfamethoxazole); never have suspected of reacting with alcohol. Nydrazid® (isoniazid); Seromycin® (cycloserine) This pamphlet describes the harmful effects of Soma® (carisoprodol); Flexeril® (cyclobenzaprine) Drowsiness, dizziness; increased risk of seizures; increased risk for overdose drinking while taking certain medicines. Brand names are used only to help you recognize a Antivert® (meclizine); Atarax® (hydroxyzine); medicine you may be taking. The list presented
Aspirin (salicylates); Advil®, Motrin® (ibuprofen); Tylenol®, here does not include all the medications that
Excedrin® (acetaminophen); Vioxx® (rofecoxib); Celebrex® may react with alcohol. Most important, the
list does not include all the ingredients in every
medication. Medications are safe and effective
when used appropriately. Your pharmacist or
Fiorinal® with codeine (butalbital and codeine); Darvocet–N® (propoxyphene); Vicodin® (hydrocodone); Percocet® (oxycodone) health care provider can help you determine Restoril® (temazepam); Prosom™ (estazolam); which medicines interact harmfully with alcohol. Herbal preparations (Chamomile, Valerian, Lavender)

Casearia velutina Blume (Flacourtiaceae/Salicaceae sensu lato) [1]are shrubs or small arbors that are distributed mainly in theYunnan and Hainan provinces of China [2]. It is used in folk med-icines for the treatment of profluvium, gastrelcosis, and inflam-matory infections [3]. However, no phytochemical investigationson this plant were reported before our research on it [4]. Aiming to discove