Daxitrol: A Novel Approach for Controlling Cravings David Marc, B.Sc.a, & Kelly Olson Ph.Da. a NeuroScience, Inc., 373 280th St., Osceola, WI 54020, United States [email protected] ABSTRACT
Cravings are defined as an intense drive or desire directed towards food, drugs, gambling, and other stimuli. The pleasure/reward and motivational pathways associated with cravings involve multiple neurotransmitters including dopamine, glutamate, serotonin, acetylcholine, and various peptides. These neurotransmitters also serve as therapeutic targets to modulate the pleasure/reward pathway. Daxitrol is a novel product that contains L-3,4-dihydroxyphenylalanine (L-DOPA), epigallocatechin gallate (EGCG), N-acetylcysteine (NAC), 5-hydroxytryptophan (5- HTP), L-phenylalanine, forskolin, and huperzine A (HupA) to manage cravings and enhance self-control. This overview will present the neurological pathways that underlie cravings and propose the use of Daxitrol to ameliorate cravings. Information will be provided that discusses how Daxitrol targets dopamine, glutamate, serotonin, acetylcholine, and the peptide cholecystokinin (CCK) to help decrease cravings and INTRODUCTION
1989). Although cravings decrease with the intake of sweets, the Cravings are defined as an intense drive or desire for a likelihood of weight issues increases due to their high caloric value variety of stimuli (Pelchat, 2002). Commonly, cravings are directed towards foods or drugs and have been reported to occur in Whether cravings are directed towards foods or drugs, approximately 52–97% of individuals (Gendall et al., 1997; it is related to the lack of impulse control (Pelchat, 2002). Christensen & Pettijohn, 2001). Cravings can also be directed Similarly, impulsivity is observed with cravings toward other towards behaviors that elicit a desire for intangible stimuli as stimuli such as gambling (Iancu et al., 2008). Because cravings are observed in gambling (Tavares et al., 2005). Interestingly, the related to the pursuit of pleasure and reward and the impulsive same biochemical pathways and neurological circuits are need for a specific stimulus, cravings share similar biological implicated in cravings for food, drugs, and gambling (Pelchat, systems independent of the stimulus being craved (Pelchat, 2002). 2002). Daxitrol is a product that targets these neurological circuits Therefore, a product, such as Daxitrol, that targets the biochemical by supporting specific neurotransmitters involved in the pathways involved with pleasure, reward, and impulsivity may pleasure/reward pathway and therefore can decrease cravings and reduce cravings for a variety of stimuli. Although the biochemical mechanisms of cravings are Food cravings are of interest because of their not fully understood, research strongly suggests the involvement of overwhelming prevalence and the significant impact on weight and dopaminergic brain nuclei in regulating pleasure and reward health. However, there is an evolutionary concept that suggests the (Christensen & Pettijohn, 2001; Heinz et al., 2009). In addition, purpose of food cravings is to promote greater dietary variety. research supports the involvement of other biochemical mediators, Evidence to support this concept has shown that adults who such as serotonin, glutamate, acetylcholine, and various peptides in consumed a single food diet experienced increased food cravings behaviors related to cravings (Heinz et al., 2009). Novel strategies as compared to a baseline diet with greater diversity (Pelchat & are being developed to control cravings by targeting these specific Schaefer, 2000). However, food cravings tend to be directed biochemical pathways. This overview introduces and explains the towards highly-palatable, calorie-dense foods such as chocolate, neurological pathways involved in cravings and provide evidence candy, and pizza (Weingarten & Elston, 1991). Consequently, for the use of the novel product, Daxitrol, to manage these cravings can contribute to weight gain (Krebs-Smith et al., 1987; Drug and food cravings involve activation of similar THE BIOLOGY OF CRAVINGS
biochemical pathways leading to behaviors related to an impulsive Various neurological systems contribute to the drive to consume a particular substance. Interestingly, programs to behavioral drive for pleasure and reward that can lead to the onset reduce substance use often utilize sweets as a means to reduce drug of cravings. Of primary focus are the neurotransmitters dopamine, cravings (Pelchat, 2002). The ingestion of sweets has shown to glutamate, acetylcholine, and serotonin as they have been shown to reduce cravings for opiates, alcohol, and cigarettes (Morabia et al., be involved in these processes (Ciccocioppo, 1999; Clay et al., *These statements have not been evaluated by the Food and Drug Administration.
This product is not intended to diagnose, treat, cure, or prevent any disease. 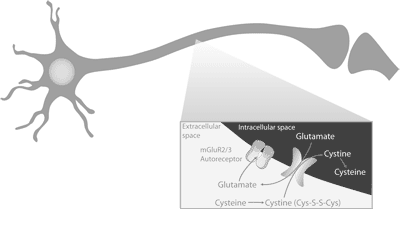