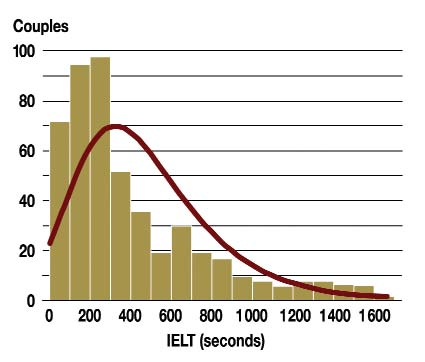 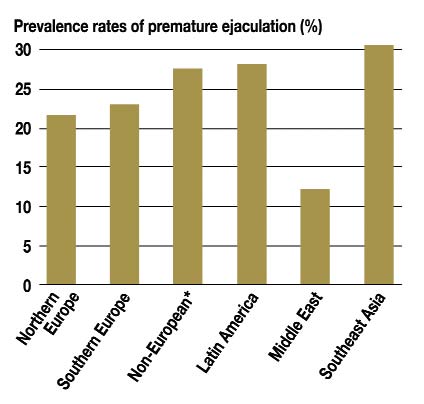 DIAGRAM 1
average ejaculatorylatency time on 491couples in Europeand the UnitedStates. Adaptedfrom: Waldinger etal.: A multinational population survey ofintravaginal ejacu-lation latency time;adapted to (7) DIAGRAM 2
premature ejacu-lation in 7 regions.
Participants wereasked whether inthe preceding 12months, orgasmhad been reachedtoo rapidly for atleast 2 months.
Adapted from:Laumann et al.:Sexual problemsamong women andmen aged 40–80 y:prevalence andcorrelates identifiedin the Global Studyof Sexual Attitudesand Behaviorsadapted to (2) Diagnostics
Diagnosis is problematic. For clinical practice, qualitative and quantitative features have
been developed, which are not fully established. Only some men with premature ejaculation
receive medical help (16). Most men with sexual disorders would welcome talking to a doctor,
but only a small proportion is willing to initiate the conversation themselves (16, e11).
The GSSAB study showed that only 18% of men with a sexual problem had received medical advice (1). According to another study, only 1% of men aged above 40 years reported having received medical advice about their premature ejaculation, although theyhad told the treating physician about their problem (1). Similar results emerged from a large,anonymous, multinational internet study (17). It may be assumed that fewer patients receiveadvice for premature ejaculation than for erectile dysfunction (18). A detailed sexual history is of the utmost importance; this should include questions about sexual experiences,sexual development, and avoidance strategies already deployed. The extent to which the fear of premature orgasm impairs sexual pleasure should also be investigated (16). The history is part of the therapeutic conception because it provides a setting in which it is safeto admit whether the orgasm is associated with negative emotions.
If the time between insertion of the penis and ejaculation is less than 2 min as a rule, the definition of the pathology premature ejaculation is met (7). In clinical practice, prematureejaculation is diagnosed especially when the deliberate control of ejaculation fails and therelationship suffers as a result.
Dtsch Arztebl 2007; 104(50): A 3475–80 ⏐ www.aerzteblatt.de 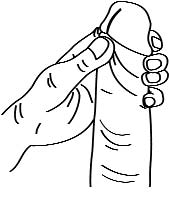