The Royal Society for the encouragement
Risk and Enterprise
of Arts, Manufactures and Commerce
Sir Paul Judge 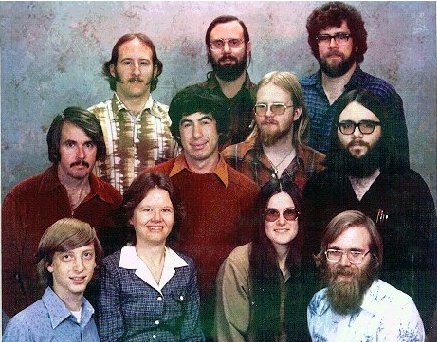 then mobilising resources to achieve it. Entrepreneurs think the unthinkable.The thing which differentiates them from other people is that they actually then go out and do it. We should remember that most of the major advances have been made by small entrepreneurial companies, not the existing giants. The railway companies did not invent the aircraft industry and IBM did not invent the Internet. Entrepreneurship is exciting. There is the potential for huge emotional and financial rewards. The future is however uncertain. None of us can know whether an idea will succeed. Any new venture requires a whole series of elements to come right: the idea itself, the marketing strategy, the management team, the finances, sales and distribution, and the ability to stay ahead when competitors try to follow. Each of these has to be right so the chance of being successful is what is known as a multiplicative probability. Witnessing companies growing quickly is like watching a rocket blast off. There are those that blow up on launch, others make it part of the way before being destroyed, but some do make it to their destination. Venture capitalists are the most sophisticated reviewers of new business ideas. There was a major US study of 17,000 transactions in 8,000 companies, representing $114 billion between 1987 and 2000. This found that only about 15 percent of companies achieve large returns but a third achieve returns below 35 percent, and 15 percent of the companies deliver negative returns. This means that even with the best due diligence, half of the companies produce small returns or lose money. It is the few successful ones which pay for all the others. Despite all of the expertise available, nobody has yet come up with a certain way of spotting the winners. To take a very simple example, who here would invest in this management team? They have all the bravado of being the leaders of tomorrow. In fact they are the leaders of today. This is the Microsoft team photo of 1978 with a young guy called Gates in the bottom left hand corner. If you had been on the spot at the time with £1,000, you would now be a billionaire. Risk and Enterprise It is clear that nobody can easily predict likely success. Who would have backed a company that wanted to sell mobile phone ringtones, now a multi-million pound business, or to sell coffee retail at £1.50 a cup. As with artists it is only because thousands of people will keep taking the risk to try out new ideas that a few of them will become great successes. Many are called but few are very successful. Enterprise is like exploration in that we cannot know at the start whether it will be successful. We may do all of the things we can to make it work but only time will tell if all of the ingredients are right.

This does not only apply to new companies and to entrepreneurs. We need to apply the same objectives in all of our activities. New ventures and exploration are as much needed in the charitable and social sector as they are in business. There are multiple good ideas for starting charities and seeing which ones will find a viable model of success. If we are all to push forward the frontiers of knowledge then risk must be taken and resources allocated even if there is no certainty of success. The importance of enterprise was vividly described 95 years ago by Theodore Roosevelt: “It is not the critic who counts; not the man who points out how the strong man stumbles, or where the doer of deeds could have done them better. The credit belongs to the man who is actually in the arena, whose face is marred by dust and sweat and blood, who strives valiantly; who errs and comes short again and again; because there is not effort without error and shortcomings; but who does actually strive to do the deed; who knows the great enthusiasm, the great devotion, who spends himself in a worthy cause, who at the best knows in the end the triumph of high achievement and who at the worst, if he fails, at least he fails while daring greatly. So that his place shall never be with those cold and timid souls who know neither victory nor defeat. “ Developed from Risk Commission Chairman’s Inaugural Lecture, The Royal Society for the encouragement of Arts, Manufactures and Commerce 252nd session, Monday 26th September 2005
The Royal Society for the encouragement
of Arts, Manufactures and Commerce

Health risks from medicine misuse Bouquets & brickbats by Robert Newman Australians’ blasé attitude towards medicines use combination pain relief products for is leading to further health problems for many and is placing avoidable pressure on our Bouquets to: Karen Kaye, acting CEO of NPS, an independent organisation enabling people to be medicine- Willoughb

Echinacea & Golden Seal 100 capsules, Herbal combination, Stock No. 835-2 capsules 59 mL, Liquid herbal extract, Stock No. 3180-1 extract Echinacea and golden seal are two of the NSPAdvantage West. That comes as no surprise given their Ingredients: 400 mg combination of the finestreputation as supporters of the immune sys- Echinacea purpurea root, Echinacea angusti- folia roo