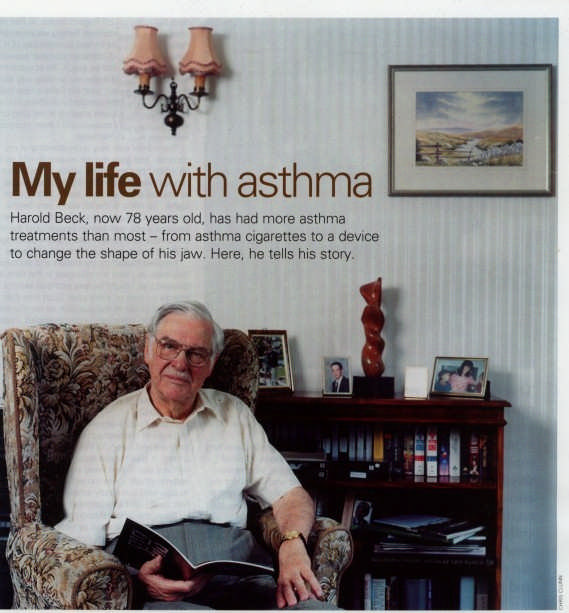 my asthma
North Kensington, London,
on to a saucer to form a cone, which was then lit at 'After each
1927-1934
the top. The pungent smoke from this spitting I was told that I developed asthma after an Vesuvius had to be inhaled deeply. Its beneficial hospital visit
attack of measles when I was three years old.
effects were short lived - the inhalation provided we went to a
One of my earliest memories is of waking up on a some relief but was certainly not a cure. Later I Lyons tea shop
number of occasions in the middle of the night, shoulders up, struggling for breath, then sitting Cigarettes, which were more convenient to use and where I had a
on the landing stairs where there was a much less intrusive on other members of the family.
"milk and a
higher ceiling and seemingly fresher air. Often I would guess my mother started on the trek mum or dad would call out for me to come into around London hospitals and clinics in search of a dash" - nearly
their bed, which was warm and snug. This was cure as soon as my asthma was diagnosed, but I all milk with a
quite a perk, but I hope for my parents' sake it did remember only the later episodes. At one time it was thought that inhaling sea air instead of the trace of coffee.'
polluted and sometimes thick and acrid air of Potters Asthma Cure, a powder that was poured London would do the trick. When I was about five Asthma News July 2003 | 21 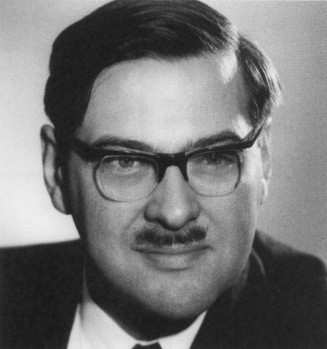 atomiser was just off Regent Street. In that officewas a motorised atomiser (which we now call anebuliser) and I was invited to make use of itwhenever the hand operated atomiser provedinsufficient to control an attack. So at lunchtime onsome days I would make my gasping way slowlydown Regent Street, past Mr Forte's new milk barand Hamleys, to the wonderful machine in the salesoffice. There was a spring in my step on the returnjourney and occasionally I even stopped to look atthe toys in Hamleys.
condition and gave me permission to ride up in thelift when I had an asthma attack. Many of ourclasses were held on the 4th floor and some, suchas physics and chemistry, were, I think, evenhigher. So riding in the lift was a very helpfulconcession. Indeed it was something of a perkbecause some well known people used the lift. I gotquite a thrill when I was a fellow passenger toGriffiths Jones, a popular film star of the late 1930s.
I applied myself to my studies and did quite well. However, as I was the youngest in the form itwas decided that I might be less prone to asthmaattacks if I took an extra year. Sport was thenregarded as out of the question so my muscles andcoordination were very underdeveloped. I was a talland very weedy child and my father affectionatelyreferred to me as "Tin Ribs". The search forsolutions to my asthma continued: I rememberhaving to take soya flour, lettuce and honey in a tinfor lunch, but that didn't last for long.
'I had a special
years old I spent four months in a convalescenthome at Ventnor on the Isle of Wight. Similarly, Weare and Minehead, Somerset,
pocket for my
family holidays were taken at places like 1939-1942
atomiser fitted
Hunstanton, on the Norfolk coast, which was My school was evacuated two days before the reputed to be "good for asthma".
outbreak of the Second World War. One of my in suits I had
brothers and I went to Weare and were billeted on a made, and
sensitivity to various substances. A nil result was farm. It was harvest time and, needless to say, obtained. Likewise with visits to an osteopath, who within a day or two I was in the throes of an asthma twisted my neck on the theory that this would attack. I was moved into the village proper to stay alleviate my asthma. Presumably there was another surreptitiously
with two kindly schoolteachers and within a few theory that I needed both external and internal days I was able to breathe normally again.
lubrication, for he also prescribed that I should weara band of cotton wool soaked in castor oil around colleagues and
my neck, and imbibe a nightly cocktail of castor oil and there I tried some sport by entering a team for new friends
and port. It was not the best induction to the joys of a high jump competition. I considered the short run drinking in general and port wine in particular. I was up would enable me to make the effort before the did not know I
also taken to see a psychologist who, after giving asthma triggers had time to notice, but I made such had asthma.'
me several tests, pronounced me as too intelligent a hash of the take off that I never tried again. I did, (so my parents said) to benefit by that method.
however, get some exercise walking on Minehead'sNorth Hill, in the lovely combes accessed from North Kensington and Regent Street,
Alcombe and over Grabbist to Dunster.
1934-1939
I had lost much schooling when I was at Oxford
Bristol, Blackpool and London,
Gardens LCC infant and primary schools, due to 1942-1944
days off for asthma treatment and asthma attacks.
When I joined King's College, London, it was in its However, by the time I started my secondary final year of evacuation to Bristol. The heavy education at Regent Street Polytechnic, there had bombing of Bristol had taken place earlier. The only been a great step forward in the treatment of asthma related incident that I remember is when I asthma, namely the atomiser. It came from took beginners classes in rowing: lack of strength Germany, and used a pumping device containing a and breathlessness forced me to give up and liquid called Bronchovydrin. This produced a spray of droplets that had to be breathed into the lungs, Sometime during the year my parents moved producing relief in a much more socially acceptable to Blackpool to provide a safe base for the manner and with fewer side effects than the Potters scattered family. While on a visit there, I sustained a particularly paralysing and persistent attack. I By good fortune the UK sales office for the remember a GP coming and giving me injections of 22 | July 2003 Asthma News

my asthma
Reconstructionadrenaline and morphine until I could breathe well it as a long term condition, with preventers as enough again. When the attack subsided it was well as relievers. Since then I normally have agreed by my parents and the GP that I should have a course of Peptone injections, which apparently were universal desensitisers. What good morning. I measure my peak flow each night they did me I cannot say, but at least they and morning and adjust the number of doses accordingly. I also have a nebuliser to increaseinhalation of my reliever on the rare occasions When in 1943 King's College moved back to the Strand, London, I was referred to a chest hospital In the mid 1990s, conscious of the debt I for treatment. This consisted of fitting me with an owed to research into asthma, I spent two years orthodontic device that changed the shape of my of intense activity as chairman (and sometimes jaw. It was explained to me that as there was also secretary and treasurer) of the local branch virtually no asthma among people in the Middle of the National Asthma Campaign, raising funds East, there might be a connection between that and and disseminating information. I am now 78 the fact that Middle Eastern people were lantern years old and, thanks to the application of jawed. If I was made lanternjawed, I might be rid of asthma research, the complaint that I have had asthma. (I am relating here what I understood was for 75 years is far less of a problem than it was.
said to me as a 19 year old student.) So I was fitted Telling my story has also led me to realise how with a plate with springs in it pressing against much my brothers and sister were affected by individual teeth. The net result was that there was no discernible improvement in my asthma and I was left with a somewhat lopsided bite.
North Kensington, 1944-1947
In addition to the atomiser, the treatment for morepersistent attacks was ephedrine and belladonna.
more careful
Thus when a persistent attack took place in June 1944 while I was taking the final exams of my two precautions,
year wartime degree course, I was dosing myselfwith these compounds. Asthma was certainly not the only reason why I failed to get my degree first wearing a
time round I did not work hard enough but theephedrine in particular, while improving the dust mask
breathing, also produced in me a feeling of jittery excitement that probably affected my judgement toa considerable extent.
engaged in
Meanwhile having no degree made me eligible for call up. I was asked to report for a medical andas a result was declared unfit for military service. I avoiding
left retaking finals a year but continued studying, smoke from
while I researched an electronic circuit and ran aradio business to bring in some money. I got my bonfires.'
London, Chrishall, Saffron Walden,
Cambridge and Harpenden, 1947-2003
From when I started work after graduation and got
married, my asthma for most of the time took the
form of wheezing and some shortage of breath,
especially in the evenings and at night. It was easily
controlled using the atomiser, which became my
constant companion. But there were constant
external reminders of its existence, such as a 20%
reduction in pension insurance benefits and reports
of scarring of my lungs due to asthma whenever I
went for mass X ray. I gave up my moderate
smoking of cigarettes and a pipe in the mid 1960s,
and cigars about ten years later.
In 1986 I had my first serious attack of asthma in nearly 40 years. My peak flow was found to be 150.
I was sent to St Albans Hospital where I wasimmediately put on a crash course of Prednisolonesteroid tablets, and was loaned a nebuliser andventolin capsules. In a few days the attack wasunder control. This was the point at which I caughtup with advances in asthma treatment - the changefrom its treatment as an acute problem to regarding July 2003 Asthma News | 23