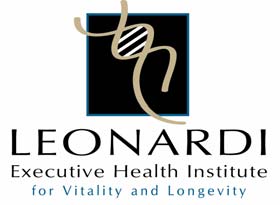 To understand why, let’s first start with the “maximum heart rate (HR)” concept. A rough estimate of
one’s maximum HR is obtained by subtracting your age from 220. Obviously, this isn’t precise
because a conditioned athlete will have a higher max than an untrained (sedentary) individual. But it
gives us a place to begin. So if you’re 50 years old your maximum heart rate calculates to be 220 –
50 = 170.
The fat burning myth was first introduced about 15 years ago when physiologists demonstrated that
higher intensity workouts (70 to 90% of max HR) shifted the source of energy to proportionately
more carbohydrate and less fat. Trainers immediately ran with this news (no pun intended) and
instructed clients to limit exercise intensity to the 60-70% max HR zone where proportionately
more fat is burned.
However, what they didn’t realize was that at higher intensity (70 to 90% of max HR), far more
calories and ultimately more fat is burned and this is what our goal should be. The reasons are
several:
1. At higher intensity, although proportionately less fat is burned during the exercise, more calories are burned overall and the total fat calorie burned are the same as for low intensity. 2. At higher intensity, while a higher percentage come from carbohydrate, that carbohydrate energy will have to be restored after the workout and will then come from fat (unless you
carb-load, which you know I don’t recommend). Therefore, in the total time period of during
and after exercise, a great deal more fat is lost with higher intensity exercise.
3. Higher intensity exercise has a much greater impact on metabolic rate in the 4-hour period after your workout. The higher metabolic rate means you’ll continue to burn even more
calories and fat while resting for the next four hours.
For example, for a 140-pound woman who performs either a low intensity walk or a vigorous jog for 1 hour, we arrive at the following numbers:
Remember, after the high intensity workout, those carb calories burned will be replaced from body
fat if you don’t carb load. If you’re hungry, eat a sensible low glycemic meal or snack.
The only drawback to higher intensity exercise is that it is more difficult to sustain. It’s better to walk
for an hour than to sprint for 1 minute. That’s why I recommend interval training 2 to 3 times a
week. After a 7-8 minute warm-up (when endorphins begin to kick in) alternate intensity. Either
walk-then-jog or jog-then-run from moderate to high intensity, then back to moderate. Alternating by
about a minute each or 2 minutes moderate to 1 minute intense works well. Keep the intensity
controlled enough so you can sustain the activity for 30 to 60 minutes.
Now you’re training like an athlete and you will not only burn more fat overall, but you’ll become
stronger and faster, providing yourself the ability to burn more calories (and fat) in future workouts.

Homocysteine Processor…
I’ve reformulated the Homocysteine Processor to be more potent. It now contains enough vitamin
B6 and Folate to eliminate the need for these additional tablets. It also contains double the previous
amount of vitamin B12. This resulted from collecting data on the effect of the original Homocysteine
Processor and its effect on the homocysteine level. The dose of the new Homocysteine Processor
will be anywhere from 1 to 4 caps per day.
As always, dosing will be managed on an individual basis during your consultation after your blood
test. When switching to the new Homocysteine Processor prior to your consult, we’ll determine the
dose for you that most closely approximates your current dose of Homocysteine Processor, B6 and
Fola Pro.
Once again, when switching to the new Homocysteine Processor you should change the number of
capsules per day by our instructions and stop taking Vitamin B6 and Fola Pro. While many of you
will need to increase the Homocysteine Processor dose to 4 caps a day, you’ll be eliminating up to
8 tablets a day by eliminating the B6 and Fola Pro. This will also reduce costs significantly.
Vitamin D3…
As you all know, we’ve been measuring and supplementing vitamin D3 because of the impressive
data on cancer prevention for those with levels of 25-OH Vitamin D above 50 ng/ml (73% reduced
cancer rates in one large study – See July ’07 Newsletter). We now have our own 2,000 iu capsule
to replace the current 1,000 iu tablet. This will cut in half the number of pills you’ll need to take to
keep your level above 50 and also provides a modest cost reduction. Once again, dosing is done
individually during your consult and based on your test results.
Trimethylglycine (TMG)…
Most of you are aware that we had a problem with softening and crumbling of the TMG tablets
when placed in the weekly pill reminders. These had been purchased from a very reputable outside
source and were stable when left in the original bottle, but took on moisture outside the bottle,
causing them to soften and crumble. We solved the problem by developing our own TMG in a
500mg capsule (same strength as the tablet form). Thank you all so much for your patience and
understanding!
Amino Mag (Magnesium)…
Great News! Our Magnesium is now under our own brand and in capsule form. No more horse
tablets! These capsules are 200mg, just like the tablet form, so your quantity per day will remain the
same. Thank you all for your wonderful patience while we reformulated!
Color Changes…
One of our minor annoyances has always been that many of our different supplement capsules look
alike and if a dose is changed after you’ve already filled your tablet containers, then it’s impossible
to adjust those already in your weekly pill reminder because you can’t tell which is which! Not to
mention the frustration when you spill a number of different capsules together. Sorting them is like
Russian Roulette!
Solution Over the next 9 months we’ll be coloring our capsules so no two will look alike. Color
choices are limited because we’re using only natural substances to add color (no dyes or artificial
coloring of any kind). We’ll be using plant materials like beet root, parsley, quercitin and chlorophyll.
So please don’t be concerned when you receive a supplement that has a new look. It is all by
design.
New Labels…
We apologize for the current generic-appearing prescription labels that are now on some
supplement bottles. This is temporary. We’re introducing our new supplement labels with a new
brand Cycle-Breakers®. These are currently being designed and printed and should be replacing the
prescription labels over the next 6 months.
While the name Cycle-Breakers® might not mean much to you now, it’s a corollary to my book,
currently under construction (no, I haven’t given up on it and no, it won’t be out for a while). It has
to do with the biochemical cycles of aging and degenerative disease. We combat these processes
by breaking the cycles to prevent degenerative disease. I hope it will be clearer when the book is
published! It is based on clinical research and is the basis for our program.

Notes from the Office Manager’s Desk

Personnel Update…
Some changes have occurred since our last newsletter. Lana went to pursue her dream to become a
doctor and is attending medical school in Erie, Pennsylvania. Maria is now our Medical Assistant
(she’s been with us since August, 2007) and is primarily coordinating blood draws, laboratory
appointments and results. Maria moved to Colorado last Summer from Seattle, Washington. Becca
is the voice you most likely hear when you call. She has been with us since July, 2007. She is also
expecting her first baby (“Gracie”) in April. Becca assists Kimber with orders, insurance questions
and a multitude of administrative functions.
Product Refills…
Attached you will find a form for ordering refills. You may fax it to 303-462-5345 or email it (in PDF
or Word format) to If sending via email, please use the orders email address,
versus an individual’s email address. It is a main folder that all staff can access. Please do not email
orders to Dr. Leonardi as they may not be viewed for several days if not weeks after receipt in his in-
box. I have also added this form to the LEHI Patient page on our website.
Insurance Filing…
As of January 1, 2008, we will no longer be filing insurance forms for our patients. You can do so
by logging on to your insurance provider website, downloading a patient reimbursement form and
filing it with the receipts we provide; or contacting your insurance carrier for assistance. We will
continue to provide receipts which include all codes necessary for filing and will be happy to help
you through the transition.
Yours in Vitality and Longevity,