Domperidone (domp), a dopamine d2 receptor antagonist, has recently been included in the list of available anti-leishmania drugs in the current consensus guidelines for treatment of canine leishmaniosis (canl)

CLINICAL EFFICACY OF A DOMPERIDONE-BASED TREATMENT PROGRAM FOR THE PREVENTION OF CANINE LEISHMANIOSIS Llinás J, Sabaté D, Homedes J. and Ferrer, L Introduction Domperidone, a dopamine D2 receptor antagonist, has recently been included in the list of anti-Leishmania drugs in the current consensus guidelines for treatment of canine leishmaniosis1. Domperidone has been described to be effective in controlling and reducing clinical signs and antibody titers when orally administered to dogs naturally infected by Leishmania infantum through the activation of the cell-mediated immune In healthy animals, repeated administration of domperidone has shown to progressively increase the phagocytic activity of neutrophil and monocyte peripheral blood populations leading to an increased resistance of these cells against in vitro experimental infection with Leishmania amastigotes (unpublished data). These results confer domperidone a potential use for prevention of canine leishmaniosis. The objective of the present controlled, clinical trial was to assess the efficacy of a Domperidone-based treatment program for the prevention of canine leishmaniosis in A total of 90 clinically healthy dogs, sero-negative to Leishmania, of different age, breed and sex, were included in the trial with the consent of their owners. All the animals were living in the same geographic area in Valencia (Spain), known to be endemic for the disease. The study was performed with the authorization of the Spanish Forty-four animals received domperidone orally at a dose of 0.5mg/kg/day for 30 consecutive days, on a 4-monthly basis during 21 months. The first treatment was scheduled to start at the beginning of the insect vector activity period. The remaining 46 animals did not receive any treatment. No insect repellents were applied at all to any animal throughout the study. All the animals underwent periodic clinical examinations and blood samplings for serological determination of anti-leishmania antibody titers. When, at a given examination, an animal was showing some clinical sign compatible with the disease and anti-leishmania antibody titers (IFAT) ≥ 1/80, indicative of active infection and disease progression, it was withdrawn from the study and treated according to the practitioner’s clinical decision. Two statistical analyses were performed with the results obtained up to 12 months and up to 21 months after study initiation, The percentage of dogs having evidenced clinical signs of leishmaniosis and anti- leishmania antibody titers (IFAT) ≥ 1/80 was significantly lower in the domperidone treated group both at month 12 (7% vs. 35%; p=0.003) and at month 21 (11% vs. 48%; p<0.001). According to these data, the preventive efficacy of the treatment program with domperidone for each period was 80% and 77%, respectively. Statistically significant differences between groups (p<0.001) were also detected in favor of domperidone treated group, in time elapsed until animal withdrawal from the study Finally, the odds-ratios calculated for each period were 7.3 (p=0.001) at month 12 and 7.2 (p<0.001) at month 21, thus indicating that the overall risk (odds) for domperidone- treated dogs to clinically develop canine leishmaniosis is quite 7 times lower than for The results of this study demonstrate that the implementation of a strategic domperidone-based treatment program is highly efficacious in the prevention of canine 1 Oliva G, Roura X, Crotti A et al.; Guidelines for the treatment of Leishmaniosis in dogs. J Am Vet Med Assoc. 2010, Jun 1;236(11):1192-1198. 2 Gómez-Ochoa P, Castillo JÁ, Gascón M et al.; Use of Domperidone in the treatment of canine visceral leishmaniasis: A clinical trial. Vet J. 2009, Feb;179(2):259-263. 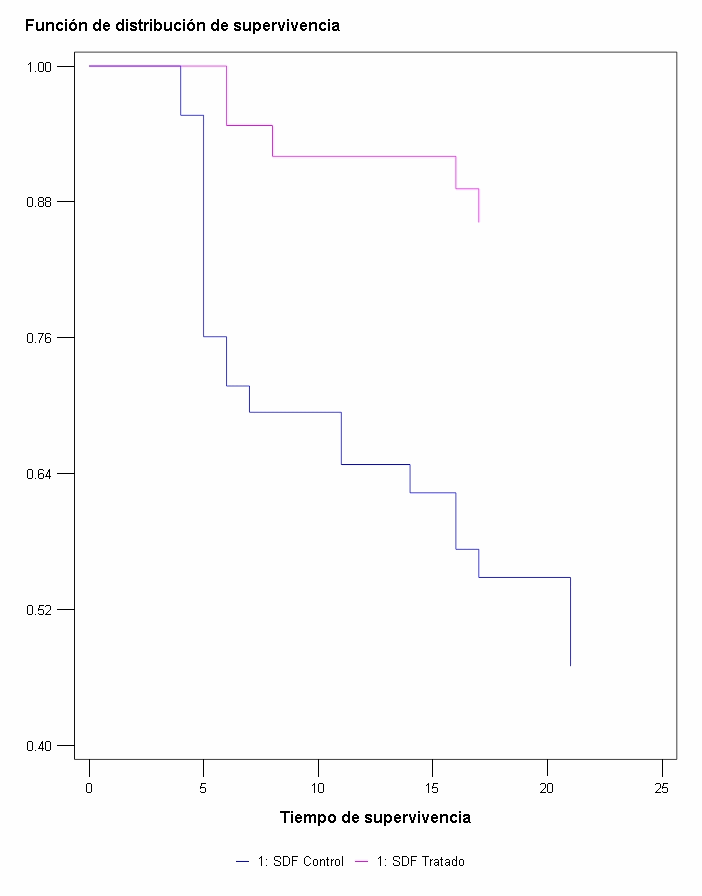 Figure 1. Evolution of percentage of healthy animals in both groups thorough the 21-

What is dementia? If you, or a friend or relative, have been confused. You may not know what dementia is. This factsheet should help answer some of yourquestions about dementia, including what causes it and how it is diagnosed. The term 'dementia' describes a set of symptoms which include loss of memory, mood changes, andproblems with communication and reasoning. These symptoms occur when