1- Isolation and Identification of P. aeruginosa
The strains of Pseudomonas aeruginosa were isolated from the premature unit,
oxygen administration room and blood of patients (Pediatric hospital in Sulaimani) by
emerging sterile swabs on the surface of area tested (e.g. physician hands, binasal
cannula, sucker) and directly transferred to laboratory for culturing on blood and nutrient agar plates as well as on selective medium (cetrimide agar) [10]. Plates were incubated at 37 °C for 18-24 hrs. Several biochemical tests were done to differentiate P. aeruginosa from other species. These include: IMViC test, oxidase test, urease test, H2S production, and sugar fermentation (mannitol, glucose, and lactose).
2- Antibiotic Susceptibility Test
The antibiogram test using Kirby-Bauer method was carried out using Mueller-Hinton
agar plates [11]. Bacterial isolates were grown in nutrient broth for 24 h and the broth
swabbed evenly onto the surface of Mueller-Hinton agar plates using sterile cotton
swabs and the covered plates allowed drying. Antibiotic-impregnated filter paper
discs were placed on the surface of the agar and the plates were incubated at 35 °C for
24 h. Inhibition zones were then measured to the nearest millimeter. Inhibition zones
were indicated by a lack of bacterial growth due to inhibitory concentrations of
antibiotics diffused into semisolid culture media (agar) beneath the antibiotic-
impregnated disc. Antibiotic and their doses tested were as follows:
Amikacin (AMI, 30 µg), ampicillin (AP, 10 µg), carbencillin (CAR, 100 µg),
chloramphenicol (C, 30 µg), cefotaxime (CTX, 30 µg), rifampicin (RF, 30 µg),
tetracycline (TE, 30 µg), gentamycin (CN, 10 µg), neomycin (N, 30 µg), and
trimethoprim-sulfamethoxazole (SXT, 1.25 µg). Antibiotic resistance was determined
by comparing bacterial isolate inhibition zone diameters to established values [11].
3- Analysis of plasmid content
Alkaline lysis method [12] was used to extract plasmids. Single colony of the
bacterial isolate was grown in 10 ml of Luria Bertain (LB) broth containing 50 mg/ml
ampicillin and incubated at 37 °C for 24 hr with shaking. Bacterial cells were
harvested by centrifugation at 10000 rpm for 10 min. The pellet was resuspended in
10 ml of EST/saline buffer. The suspension centrifuged at 10000 rpm for 10min (the
step 2, 3 repeated twice). The pellet was resuspended in 0.2 ml of solution I (prepared
by mixing 50 mM glucose, 25 mM Tris-Cl, pH 8 and 10 mM EDTA, pH 8, the
solution was prepared in batches of 100 ml then the solution was sterilized by
autoclave and stored at 4°C), then transferred to sterile eppendorf tube and omitted for
5 minutes at room temperature. Aliquot of 0.4 ml of solution II (prepared by mixing
0.2 N NaOH, freshly diluted from 10 N stock, and 1% SDS) was added to the mixture
and then the eppendorf tube was gently inverted for many times and omitted in ice
bath for 15 min. Aliquot of 0.3 ml of cold solution III (3 M sodium acetate, pH 4.8, it
was prepared by mixing 60 ml of 5 M potassium acetate, 11.5 ml glacial acetic acid
and 28.5 ml of distilled water) was added to the mixture above and the eppendorf tube
was inverted for many times before putting on ice bath for 5 min. The mixture was
centrifuged at 14000 rpm for 5 min. Aliquot of 0.5 ml of the supernatant was
transferred to the new sterile eppendorf, then an equal volume of phenol-chloroform-
isopropanol solution was added and mixed very well then the solution objected to
centrifugation as previous step. The upper layer was transferred to the new sterile
eppendorf, and both the middle and lower layer omitted, this step was repeated till the
protein was excluded from the solution. Aliquot of 3 M of cold sodium acetate in
ratio of 0.1 volume was added to the supernatant that contain plasmid DNA and
mixed very well. Double volume of cold absolute ethanol was added to the
suspension and mixed gently and then left at -10 °C for two hrs. The mixture was
H. M. Hamzah, S. M. Ali, I. S. Hamad
CONJUGATIVE PLASMID.
centrifuged at 12000 rpm for 15 min then the ethanol was excluded from the solution,
and the pellet was washed by 70% ethanol and then centrifuged as in the previous
step. The eppendorf was inverted on sterile filter paper and the pellet dissolved in
50µl of TE buffer and stored at -20°C [12].
4- Bacterial conjugation
The bacterial conjugation was achieved according to [13]. A single colony of donor
strain was inoculated into 50 ml LB broth containing appropriated antibiotic. A single
colony of E.coli MM294 rifr (act as recipient cells) was inoculated into 50 ml LB
broth containing 100 µg/ml of rifampicin. The cultures were incubated overnight at
37°C for 18 hr with vigorous shaking until to obtain heavy growth (O.D. 0.5). About
5×107 of Pseudomonas aeruginosa donor cell and 1×108 recipients were mixed in
sterile eppendorf. The pellet was resuspended in 50µl of LB and the cells were
transferred to 0.22 µm millipore filter on LB agar plate. The LB agar plates which
contain millipore filter were incubated at 37°C for 1-2 hr. The cells were resuspended
by placing filter in a tube containing 0.5 ml of 0.85% saline and agitating the tube on
a vortex. Serial dilutions (10-1-10-8) were prepared of the mating mixture. Aliquot of
0.1 ml of dilution (10-1 to 10-6) was spread on LB agar containing rifampcin
(100µl/ml), cefotaxime (50 µl/ml), and ampicillin (150 µl/ml) with rifampicin.
Aliquot of 0.1ml of original overnight culture of donor and recipient cells was spread
on the same medium to determine the frequency of antibiotic resistance spontaneous
mutation, 0.1 ml of dilution 10-6 and 10-8 was spread on LB agar containing rifampcin
(100 µl/ml) to estimate the number of recipient cells in the mating. All plates were
incubated at 37°C for overnight. The control treatment was included aliquot of 0.1 ml
of donor cells was transferred to rifampcin plate. Aliquot of 0.1 ml of recipient cell E.
coli MM294 rifr were transferred to plates containing antibiotic of donor strain. All
plates were incubated at 37°C for overnight. The colonies that had grown on the
selection plate were counted and the number of bacteria per ml in mating mixture
exhibiting the phenotype rifampicin (total recipient) and rifr, ampr (transconjugant)
was calculated [13].

1- Isolation and Identification of P. aeruginosa

Several studies have demonstrated that conjugative antibiotic resistance plasmids are
widespread in nature. Such plasmids have been identified in habitats including the
marine environment [14], river and lake water [15], as well as in raw and treated
sewage [16]. A total of 121 samples were collected from premature unit, oxygen
administration room and blood of patients in the pediatric hospital-Sulaimani. Table 1
shows the samples obtained from different sources and site of the hospital.
Table (1): Site, number and samples of isolates of P. aeruginosa.
Site of isolation
isolates
Premature unit
Oxygen administration
room
Patient sample
Total of samples
Only 6 isolates of P. aeruginosa were detected particularly from patient's samples, sucker, binasal cannula and oxygen administration. The characteristics of P. aeruginosa strain are summarized in Table 2. It was identified as P. aeruginosa according to Bergey's Manual of Systematic Bacteriology [17]. Table (2): Characteristics of local isolate of Pseudomonas aeruginosa.
Characteristic
Note: D, different strains gave different results.

P. aeruginosa is important and frequent nosocomial pathogens indeed in hospitals,
sink, respiratory therapy equipment and antiseptic or detergent solutions can acts as
reservoirs of this organism which is responsible for a wide range of hospital acquired
infection and bacteremia, outbreaks of nosocomial infection due to P. aeruginosa
have been reported especially in ICU[4].
2- Antibiotic Susceptibility Testing
Refer to Table 3 for a summary of P. aeruginosa isolates antibiotic resistance. Six
isolates were resistant to 7 antibiotic groupings that included amikacin, ampicillin,
carbencillin, chloramphenicol, cefotaxime, neomycin, and trimethoprim-
H. M. Hamzah, S. M. Ali, I. S. Hamad
CONJUGATIVE PLASMID.
sulfamethoxazole. Four bacterial isolates were resistant to gentamicin; and one isolate was resistant to rifampicin, another one resistant to tetracycline. Table (3): Multiple-antibiotic resistant isolates of Pseudomonas aeruginosa.
Antibiotic
Total multiple-
isolates
resistant
sensitive
antibiotic resistant
isolates
isolates
isolates (%)
It is well known that P. aeruginosa is the major problem with respect to antibiotic
susceptibility [18]. It was found that multidrug resistant of P. aeruginosa nsocomial
infections are increasingly recognized world wide, the existence of metallo-β-
lactamase and extended spectrum β-lactamase producing isolates exhibiting resistance
to most β-lactam antibiotics [19]. Cells resistance in P. aeruginosa may develop
rapidly and by multiple mechanisms including production of specific enzymes, outer
membrane permeability changes and active efflux system [20]. It was reported that
since 1998, P. aeruginosa isolates in Brazil were resistant to all commercially
available antimicrobial agents [21], while another study revealed that all the P.
aeruginosa isolates are insensitive to all potentially active antibiotics except colistin
[22].
3- Plasmids in P. aeruginosa

Plasmid may reside in cells either as a single copy or as multiple copies, large plasmid
tends to have a lower copy number, whereas smaller plasmid may be present in more
than 20 copies per cell and several studies have demonstrated that conjugative
antibiotic resistance plasmids are widespread in nature [23]. Resistance in P.
aeruginosa may be chromosomal born and in general, clinical strains may harbor
multiple plasmids. Plasmids harboring in P. aeruginosa were equally well resolved by
alkaline procedure (Fig.1). A total of two different plasmid bands were identified in P.
aeruginosa, one of them with 40-45 kb in size appeared in well No. 1. The plasmid
sizes calculated on the basis of that found in E. coli containing R 751 plasmid (well
No. 2) which range its size about 51 kb. Another smaller unidentified plasmid
appeared in P. aeruginosa isolate but its appeared as non conjugative plasmid. Rice et
al (1993), reported that some plasmid exceed 180 kb in size and encode for a wide
varieties of antimicrobial resistance genes [24]. 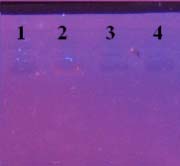 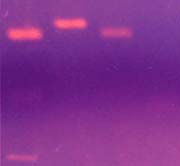 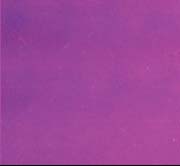 To identify distinct conjugative plasmids, transconjugants were first grouped
according to their antibiotic resistance patterns. For this purpose, transconjugants
grown on the primary selective agar plates were spread on LB medium containing
rifampicin, cefotaxime, and ampicillin. P. aeruginosa transconjugants were also
tested on LB agar plates containing mixed of the same mentioned antibiotics, and
antibiotic resistant colonies arose at frequencies in the range of 10-5 to 10-6 per
recipient cell, thus confirming the high selectivity of the selection system.

INFORMATION AND CONSENT FORM following braces removal for the office of Dr Kenmuir OVERVIEW This tooth bleaching/whitening technique uses a custom-fitted retainer and peroxide- containing whitening agents. Night wear uses one application at bedtime. Treatment time is generally 2-6 weeks. The more times or longer the solution is applied, the faster the bleaching occurs. However, faster blea

504-456-8515 FLU-MIST IMMUNIZATION 2013/2014 Flu MIST Influenza (flu) is a respiratory disease caused by influenza virus infection. The types, or strains, of influenza virus that cause illness may change from year to year, or even within the same year. People who get flu may have fever, chills, headache, dry cough, and muscle aches, and may be sick for several days to a wee