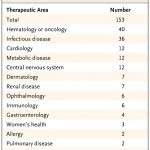 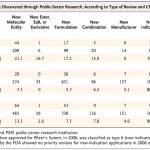 The Role of Public-Sector Research in the Discovery of Drugs and Vaccines | Health Poli. Page 5 of 11 number of vaccines. Virtually all the important, innovative vaccines that have been introduced during the past 25 years have been created by PSRIs.
Therapeutic Categories
Table 1: Number of Drug Products Approved by the Food and Drug Administration and Originating from Public-Sector Research, According to Therapeutic Area, 1970–2009.
Table 2: FDA-Approved Drugs Discovered through Public-Sector Research, According to Type of Review and Chemical Type, 1990–2007.
The therapeutic categories into which the 153 products fall are shown in Table 1. Oncology and infectious diseases account for half the total. The order of these disease categories is very different from the priorities of the pharmaceutical industry. The disease priorities of the NIH institutes with the largest budgets25 — in order, the National Cancer Institute, the National Institute of Allergy and Infectious Diseases, the National Heart, Lung, and Blood Institute, and the National Institute of Diabetes and Digestive and Kidney Diseases — broadly correlate with the top four categories of PSRI-discovered drugs (Table 2). One possible interpretation of this observation is simply that there was more funding available for research involving these disease categories, which resulted in more useful intellectual property.
http://healthpolicyandreform.nejm.org/?p=13730&query=home 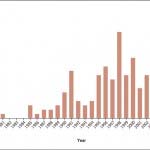 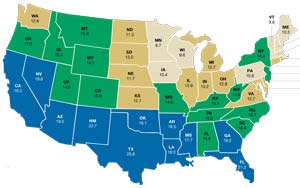